This season, ditch those watery domestic brews and up your tailgating game with tasty, easy-to-mix tipples.

Fall means foliage and cooler temperatures, but to most Atlantans, it really means one thing: football season. With Georgia Tech, the University of Georgia, Georgia State and countless alumni groups in such close proximity, college football reigns supreme. Whether you’re headed to the tailgating lots or a watch party at a fellow fan’s house, swap the watered-down beer you guzzled as an undergrad for cocktails that are a touch more sophisticated—and tasty. We recruited four local, in-the-know purveyors to share recipes for tailgating cocktails with high-quality ingredients that’ll see you through the games’ more stressful—and celebratory—moments. 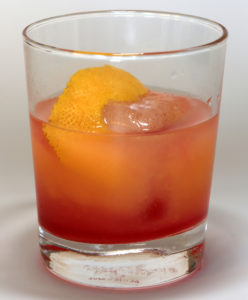 Offering vodka and gin, Old 4th Distillery is Atlanta’s first legal distillery in more than a century. You can visit the distillery or purchase bottles at stores throughout the city. Co-founder Gabe Pilato recommends The Edgewood Bulldog, explaining, “This is a no-brainer tailgating drink because it’s easy to make, easy to drink in the morning and named after our beloved Georgia Bulldogs.” 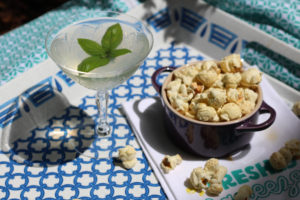 American Spirit Whiskey opened its doors this summer in the burgeoning Armour Yards area between Armour Drive and Piedmont Road. Its whiskey is “silver” due to a quick aging process (a couple of days versus years) in an oak barrel, followed by a filtration process that removes impurities. This makes for a smooth and very drinkable spirit that’s perfect for cocktails such as the The Labrador. ASW’s Chad Ralston says, “The South has a knack for staying rather warm late into the fall, so we’ve found that a refreshing, easy-sipping adult lemonade is the perfect tipple before the game.” 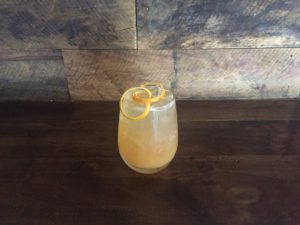 Urban Tree Cidery is another Atlanta “first,” serving as the city’s first cidery with a tasting room. Urban Tree offers six different flavors of hard apple cider by the glass, but you can also pop in and buy a to-go bottle, too. Owner Maria Resuta says her tailgate beverage of choice is the Inman Park Mimosa because it’s “a refreshing jump start to tailgating festivities.” 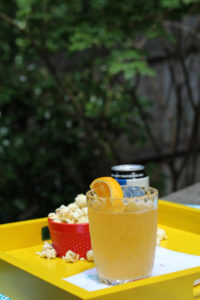 Second Self Beer Company joined Atlanta’s booming brewery scene in 2014 with more than 11 flavors to sample. Beer Architect Jason Santamaria, a Georgia Tech grad, suggests the Gosearita featuring the company’s Maverick and Gose, a sweet yet hoppy gose for a fun beer cocktail. “I love it because it is simple and refreshing,” he says. “And because of its higher volume, I can drink it longer and not get too buzzed. It’s the prefect outdoor beer cocktail, in my opinion.” Maverick and Gose cans can be found throughout the city at various liquor and grocery stores.

GOSE-ARITA
Makes 1 cocktail
1½ oz. Blanco tequila
¾ oz. lime juice
¾ oz. Triple Sec
1 12oz. can Maverick and Gose
Stir the tequila, lime juice and Triple Sec with ice, and strain into a glass or plastic up. Top off with Maverick and Gose, garnish with lime or orange slice.