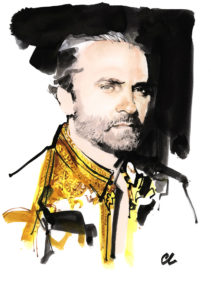 They say what’s old is new again, and according to SCAD FASH Museum of Fashion + Film, this applies to the vintage art of fashion illustration.

Through January 27, see for yourself why at the “Unapologetic Lines” exhibit, a collection of works by legendary illustrator Marc-Antoine Coulon. “The employment of illustrators in the media boomed around the 1870s in Europe and after World War I in America,” says Rafael Gomes, director of fashion exhibitions for Atlanta’s Savannah College of Art and Design (SCAD). But when photography became more affordable during the 1960s, fashion illustration declined in popularity. “For decades, fashion illustration was rarely seen, but fortunately over the past couple of years, there has been a resurgence of the world’s leading fashion artists,” says Gomes.

“Unapologetic Lines” showcases 77 of Coulon’s works, all meticulously curated “to show all facets of the artist’s inventiveness and to give students and visitors a great survey of his work,” says Gomes. Expect portraits of celebrities and designers, including Gianni Versace, Anna Wintour, Beyoncé and Marilyn Monroe, that showcase the Paris-based artist’s signature thick lines and washes of color. 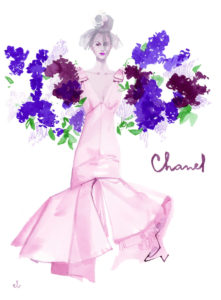 What brought fashion illustration into the 21st century? Gomes attributes it to the technique’s enduring intimate feel in an increasingly tech-driven world. “In this smartphone and digital era with enhancements that make photography producible for the masses, illustration prevails to be an artistry with a very personal point of view—a relationship between the creator and the motive,” says Gomes.