Midtown’s oldest mixed-use concept is getting a facelift

Nestled between 14th and 15th streets, Atlanta’s Colony Square development has served as a fixture in Midtown for more than 50 years. It was the city’s original mixed-use development, setting the stage for the slew of “live-work-play” concepts that have cropped up in recent years, such as Ponce City Market, Krog Street Market and in-development concept The Interlock. Now, half a century since its inception, Colony Square is reinventing itself for 21st-century living with a $160 million redevelopment plan helmed by North American Properties. 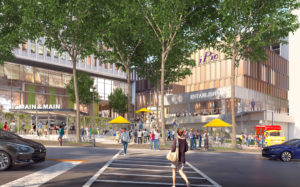 The reimagined Colony Square, which broke ground in the fall of 2017, will include 875,000 square feet of office space, condominiums, a 467-room hotel and a variety of entertainment, retail, fitness and dining concepts. The refresh is projected to reach completion at the end of 2020.

Among the dining concepts is Main & Main, a food hall curated by restaurateur Steve Palmer of Indigo Road, the hospitality and consulting group behind such eateries as O-Ku Sushi, Oak Steakhouse, Colletta and Donetto. Main & Main will cover 28,000 square feet, with a staging area designed for special events. Look for plenty of Instagrammable opportunities, too; expect photogenic backdrops and a midcentury modern design that harkens back to Colony Square’s ’60s roots. The Grove, a lush green space with 80-foot trees and comfortable seating, will serve as the entrance to the food hall, as well as a communal gathering place. 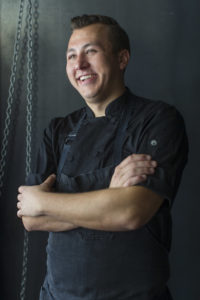