Cozy Up, Drink Up

Hot, boozy libations to take the chill off this winter

Contrary to popular belief, alcohol will not actually keep you warm. But alcohol that’s been heated up will certainly take the edge off. Fortunately, bartenders all over town have concocted drinks that will warm you up from the inside out. So bundle up and head to one of these neighborhood spots for a spirited cup to help get you through the dark days of winter. 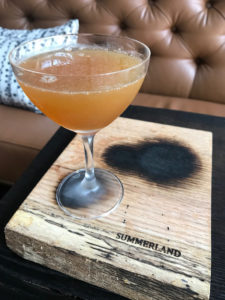 Imbibers looking for an upscale tipple can head to Bacchanalia on the Westside, where beverage director Andrew Harris has whipped up The Bandit, a smoky stunner featuring reposado tequila, maraschino liqueur, two kinds of amaro, mezcal and lime juice. “We use a piece of Summerland Farm Oak, from the same tree that makes up all of our tables, to serve the drink on,” says Harris. “Before taking it to the table, we burn the oak and catch the smoke in an upside-down glass. Then at the table, we flip the glass over and release the smoke, then pour the drink. It adds an amazing aroma that pairs nicely with the tequila and amaros. It’s a great way to wake up all the senses.” 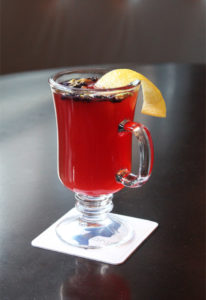 Bar Margot in the Four Seasons on 14th Street isn’t your average hotel bar. It’s stylish and frequently buzzing with locals. Lead bartender Toki Sears lets her creativity run free, resulting in exciting drinks such as Etheline’s Remedy, a blend of gin, lemon juice, honey, blueberry rooibos tea, bitters and a garnish of dried butterfly pea flowers. “I named this cocktail after Etheline, Margot’s mother in the movie The Royal Tenenbaums,” says Sears. “Etheline was warm and held it all together for the family. [At one point the character] Royal puts all his nonsense aside and tells Etheline she was a great wife, is a great mom and is ‘true blue.’ I took the traits from her warm, caring and soothing demeanor and infused them into this cocktail.”

Midtown’s swanky hot spot 5Church is known for delivering delectable cocktails, and the Winter’s Dream— consisting of cranberry, pecan bitters, honey, lemon and bourbon—is no exception. Says bartender Kamri Baker, “During the holidays, my family always enjoys cranberry dressing and hot toddies, so I revamped the classic hot toddy and gave it a Midtown twist consisting of a cranberry pink hue and a sugar rim.” 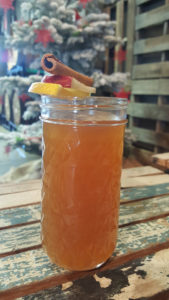 Although cider is traditionally an autumn beverage, Urban Tree Cidery shows us that a spiked version is equally effective in the winter. For this spirited adaptation, Urban Tree’s “classic” cider is blended with rum, holiday syrup and cinnamon. It’s sugar and spice and everything nice. 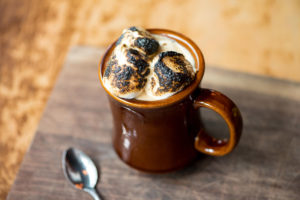 Hot chocolate is a classic cold-weather treat, but it’s even better with an adult twist. At Inman Park’s Hampton + Hudson, it’s created using brandy, bourbon crème, hot chocolate and whipped cream. “Brandy and chocolate go hand-in-hand, especially during the winter, so I wanted to do a fun, nostalgic hot chocolate,” says beverage director Corey Phillips. The cozy cocoa cocktail is best enjoyed after indulging in an order of Hangover Fries and the Bee’s Knees Burger. 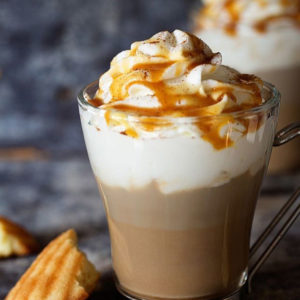 After polishing off one of STK’s meaty dishes such as the filet or sirloin, don’t head back out into the chilly night without trying this tasty tipple. The Drunkin Punkin is a downright dreamy blending of pumpkin-flavored vodka, espresso, steamed milk and whipped cream. The STK team recommends pairing it with the tiramisu for a truly sweet finish to your meal.