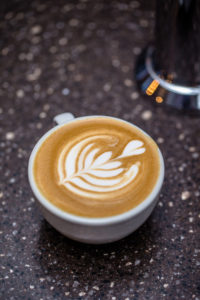 The Atlanta coffee community is close knit, thanks in part to its healthy competitive spirit. Latte art throwdowns, grassroots events organized around the country by coffee geeks, bring baristas together to compete head to head. In Atlanta, these competitions officially date back to 2008, having started at Octane Coffee and rotated among different locally owned coffee shops. Thanks to a wave of people in Atlanta’s coffee industry bringing new ideas, the format of these competitive gatherings is changing. 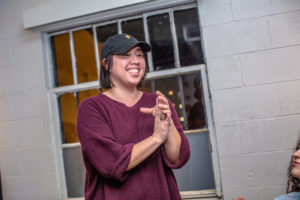 Sara Frinak, an account manager at coffee importer Ally Coffee Merchant based in Greenville, S.C., has lived in Atlanta for nearly three years and is spearheading organizational efforts for the revamped competitions. Only they aren’t going to be just latte art throwdowns anymore. Of the old model, Frinak says, “It was placing value on the wrong thing. Latte art is a small subset of what we do.” Besides latte art not being representative of the coffee industry there was also the issue of customer engagement. Loyal customers attend the meet-ups but would get frustrated when they couldn’t see the action. So, Frinak and her fellow organizers came up with a variety of events. One such event is a “triangulation challenge,” during which a barista is given three sets of five cups of coffee and has to identify which cup in each set isn’t like the other two. “It’s a test to see if your palate is in tune,” says Frinak. One event that’s particularly engaging is a coffee cocktail challenge that pairs baristas up with local bartenders.

Regardless of what kind of competitions the throwdowns, well, throw at the participating baristas, Frinak emphasizes that they’re more about bringing the coffee community and its supporters together. “There’s a lot of connecting to each other, not so much competition.” Want to get in on the action? Keep an eye on Frinak’s website, atlcoffeeevents.com, to stay in the know.