Get ready for an event that’ll be music to your ears—literally. This two-day celebration features a mashup of rock, soul, jazz and blues-y tunes from local bands and emerging indie artists. So dance away to the hypnotizing vibrations of electric guitars and sultry saxophone sounds. Want to give your eardrums a breather? Nibble on bites from local food trucks, browse the artist and craft market, or put your best foot forward in the early morning 5K charity race. 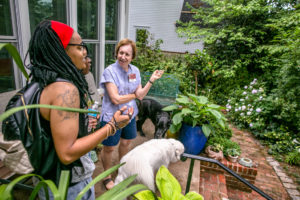 Listen to a guided tour of Ansley, Inman or Grant Park

Some fascinating historical facts about the neighborhoods where you live, work and play are waiting to be discovered. Did you know Ansley Park was the first suburban neighborhood designed for automobiles? Learn more cool trivia by taking a tour with a guide from the Atlanta Preservation Center. You’ll hear all about the Victorian-style architectural elements of Inman Park homes and the historic landmarks in Grant Park that survived the Civil War. 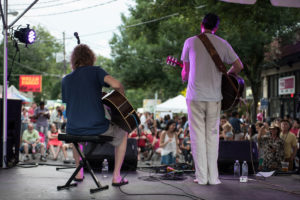 Jam out at Virginia-Highland Summerfest (June 3-4)

Entering its 34th year, Summerfest includes performances by a variety of local and nationally known artists. Move to the sounds of Alex Guthrie Band’s earthy soul set, or rock out to the Banditos’ ‘60s blues-infused rock tunes. All of the hair whipping will likely cause you to work up an appetite. So chow down on food served up from an array of restaurants and vendors. A local market will feature artisans who handcraft a variety of goods such as honey, soaps, dog treats and candles. Did we forget to mention, it’s free to attend?