With its heartfelt food and welcoming ambience, Better Half is a fail safe pick for date night

Some couples order the same thing  when dining at a restaurant. Others order different dishes. Some folks are eager to share. Others don’t want your fork in their food. 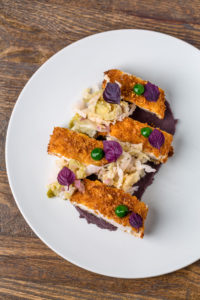 Whatever your preferences, Better Half in Midtown is a delicious date night destination where you can create the type of dining experience you crave. If only it were as easy to assemble the perfect partner.

Better Half is the first brick-and-mortar restaurant in the U.S. by Zachary and Cristina Meloy, the husband-and-wife duo who previously ran PushStart Kitchen supper club in Atlanta, and before that owned a restaurant in Costa Rica where they met. Zach helms the kitchen; Cristina manages behind-the-scenes. 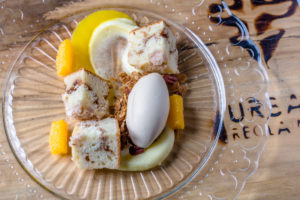 When Better Half opened, the intent was to change the menu every day with no repeats. As the relationship between the restaurant and its guests has evolved, the pace of change has slowed. Now you can anticipate a second date. “To lessen the sense of urgency and give diners an opportunity to come back to enjoy something a couple of times, most of the dishes stay on for a few weeks,” says Zach. Dine twice in the same week and the menu will likely feature one or two new options; it changes entirely every month or so.

Once a dish runs its course, it won’t return to the menu. “We want to grow and push ourselves, not fall back on the familiar,” says Zach. There is one exception: “The only dish we intentionally keep on the menu is the silk handkerchief pasta with wild mushrooms because it’s the first thing I cooked for Cristina on our first date.” The soft, creamy dish hugs taste buds with rich earthiness. A dollop of tomato marmalade adds a kiss of color as well as a sweet contrast to the savory flavors. Love at first bite is common here. Every dish is comprised of multiple components, some familiar, some unexpected and even uncommon. Beef coulotte was griddled to perfection and plated with potato hash brown, garlic confit, huitlacoche (a rare corn fungus that tastes like truffles) and porcini caramel corn. It looked like a party on a plate and tasted better than any steak dish of recent memory. Flavors synced like a happy marriage. 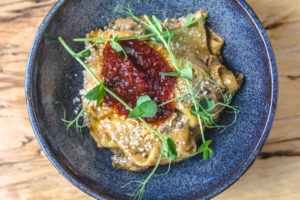 Silk handkerchief pasta is the only dish that’s always on the menu.

Dishes change often, but you can count on Zach’s favorite ingredient, onions, being on the menu. “They’re available year-round and very versatile,” he says. “There’s any number of ways you can manipulate onions. It’s a really indispensable ingredient.”

If a dish like sautéed snapper with mussels in escabeche piques your interest, go for it. It’s not like you can go wrong here. Tortilla fried chicken impressed with its crunch/juicy juxtaposition. Pimento cheese profiteroles offered the just right level of spice. Cocktails are well-balanced, from classics such as Sazarac to creations of Runaround Suze, a twist on the gin and tonic. Save room for desserts such as guava tart and cinnamon crumb cake, sized right to share. 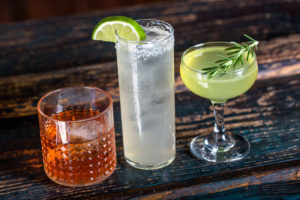 While Chef Zach finds inspiration “from all over the place,” he says—including shapes, colors, techniques, and flavor memories—“first and foremost, it’s tied to the local season and natural progression of the year.” His focus on fresh, local and seasonal ingredients earned him a place among the six 2018 Georgia Grown Chefs. Now in its seventh year, the program is a partnership between the Georgia Restaurant Association and the state’s Department of Agriculture that helps promote the Georgia Grown campaign and raise awareness about local, seasonal products.

Better Half is a good match for date night. Whether it’s a first outing with someone you barely know or a night out with your longterm significant other, Better Half nails the food and drink without batting an eye. The welcoming ambiance is a place to get real and be yourself—the only way to make a genuine connection. Cozy and intimate, the space offers built-in conversation starters.

“Sit at the bar and you get to have dinner with your date but at the same time have interaction with the person preparing your meal,” suggests Zach. “It’s easier, especially if it’s a first date, and you’ve run out of small talk, you don’t have to worry about what to say next. You can watch the cooks.” Another idea is to opt for the five- or nine-course tasting menu rather than order à la carte. “It’s kind of a conversation starter,” says Zach. “As the little dishes come out, you get to talk about them, and by the time you run out of things to say, a new dish comes out.” If all else fails, the robot art on the back wall will certainly give you something to talk about.

Reservations are recommended, but if your date nights are more spontaneous than meticulously planned you might be able to snag a table in the small dining room if you call ahead.

Better Half has date night covered. Finding someone to date—that’s up to you.

In the kitchen with… 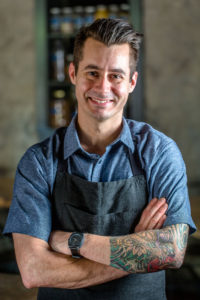 What’s behind the name Better Half?

My wife and I opened the restaurant together as a team. We were hoping to provide a unique dining venue, to be Atlanta’s better half. We crowdfunded the restaurant through Kickstarter; we couldn’t have done it without Atlanta. It’s a really symbiotic relationship.

Who is the “better half?”

Without question, it’s my wife, Cristina.

What’s the secret to working successfully with your spouse?

In Spanish, when you talk about a better half, it is half an orange, and the other half makes you whole. For us, I do feel our personalities are geared toward working as a team. It’s not a scenario you find everywhere. Where I’m weak, my wife is incredibly strong. That’s guided our way, and we’ve been able to grow together.

Thank You for Smoking