As early as 3 years old, Boyd Coons can remember being impressed by architecture. “My grandmother in Atlanta had also lived in Savannah, and her friends started looking for ways to save old Savannah,” recalls Coons. “I remember going there to visit, and it made a big impression. We also went around to family places in Americus and other sites in the South, and the history I saw there meant a lot to me. As I saw more and more of it being eroded in the 1960s and ’70s, I was drawn to find a way to preserve it.” 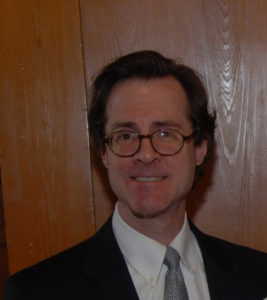 Boyd Coons has led the Atlanta Preservation Center longer than anyone in its 40-year history.

Coons has been doing just that for 19 years as the executive director of the Grant Park-based Atlanta Preservation Center (APC), a position he’s held longer than anyone since the nonprofit was formed 40 years ago. It’s a job his early encounters, education and professional experience prepared him well for. The seventh generation of his family to live in Atlanta, he earned an undergraduate degree from the University of Florida long before there were preservation programs in place. But after heading his own residential design business for 10 years, he entered the architectural history and preservation master’s program at the University of Virginia. After returning to town, he taught architectural design and history at The Art Institute of Atlanta and did preservation consulting work until the APC found itself in need of a leader.

“The Preservation Center was an idea from people who saw a need for a local organization to advocate for preservation within Atlanta and to identify specific problems and opportunities Atlanta had,” he says. “This was in the 1970s, when people were tearing down everything in sight. The fight to save the Fox [Theatre] was the last straw. There was a sense that Atlanta was losing a lot of its architectural cultural heritage.”

Through the years, the APC has launched educational programs for kids, created walking tours of significant neighborhoods and interceded on behalf of endangered buildings. Under Coons’ leadership, the organization gained its first permanent headquarters in 2001: the Grant Mansion, a property dating to 1856 that’s been gradually restored to reflect its original beauty. The APC has also worked to have significant neighborhoods protected with historic designations, developed preservation principles for the BeltLine and fought to save structures such as Ivy Hall, the Midtown mansion believed to be one of the city’s oldest examples of Queen Anne styling. Most recently, it supported efforts to have the Westview Cemetery in southwest Atlanta listed on the National Register of Historic Places. Opened in 1884, the almost 600-acre site is the final resting place of Coca-Cola founder Asa Candler, Mayor William Hartsfield and author Joel Chandler Harris, as well as Coons’ great-grandparents and several other relatives. 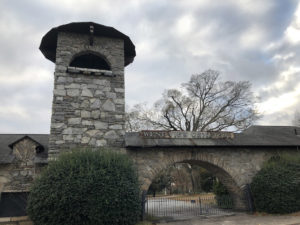 Efforts by the APC helped Westview Cemetery earn a spot on the National Register of Historic Places.

In 2003, the APC launched The Phoenix Flies, an annual celebration of the city’s cultural and architectural heritage that opens area historic sites and offers lectures at no charge. “There are so many great successes that we try to show off,” says Coons. “But this year, we’re also honoring individuals who have put their businesses into historic buildings, such as Ponce City Market and the [Hotel] Clermont, and preserved them. People will be able to see what these individuals have done and how our city has a richness and a sense of place because of them.”

The Phoenix Flies events also honor the APC’s core mission. “It’s about education and advocacy, for creating an understanding of what is valuable and how it contributes to our quality of life,” says Coons. “We do that by protecting Atlanta’s culturally significant landscapes, structures and organizations— those things that have always made Atlanta a unique place.”

From March 2 through 24, the Atlanta Preservation Center and more than 100 partner organizations present The Phoenix Flies with free lectures, tours and discussions. For details, visit atlantapreservationcenter.com.