A Year after Irma, Key West is better than ever

STORY: Lori A. May

As we approach the anniversary of Hurricane Irma, you won’t find much lingering evidence of the storm’s destruction. Two things you will notice on a trip to Florida’s southernmost point: The Keys community is stronger than ever, and it’s ready to welcome visitors. 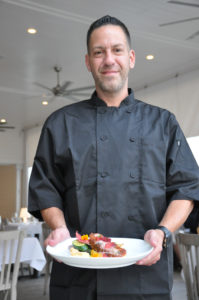 “We are open for business,” says Tricia Constable-Flannigan, director of operations at Hemingway Rum Company.

The new distillery had just opened its doors, after four years of building and preparation, only to be hit by the storm. “We lost momentum,” she says. “We had to revamp and get the engine moving again.”

The downtown distillery is open for guided tours and tastings that show off its 8,200-square-foot brick building, formerly used as a tobacco warehouse. The distillery sustained minor damage during Irma thanks to that thick brick—the tobacco warehouse was built like a fortress to ward off thieves. Now stronger than ever, rum maker Shawn Martin and the distillery team welcome visitors to Papa’s Pilar Rum, named in honor of one of Key West’s most legendary residents and the love of his life. 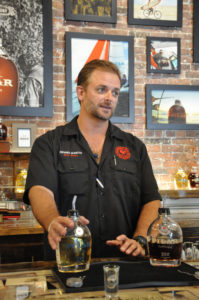 “The Hemingway family has been part of it since day one. They taste every new expression that’s created and give it their blessing,” Constable-Flannigan says. “Any piece of merchandise—they review it and approve it.” During a tour, visitors will encounter artifacts from Hemingway’s career, family portraits and his life in Key West.

Another local rum maker, Paul Menta, is a bit of a renaissance man. While he’s known in Key West as the executive chef of The Stoned Crab and founder of Key West Legal Rum, Menta is also a record-holding kiteboarder and a leading voice in sustainable food and beverage. Overseeing the safety of The Stoned Crab, Menta stayed in Key West during Irma, supporting staff and neighbors who couldn’t leave for dryer ground. “We’re a community,” he says. “Like family.”

Menta is forward-minded about preservation. He shares his passion for sustainable sourcing with guests by providing Know Your Fisherman “player cards” with every meal. Guests collect cards showing photos and stories behind every local crab, lobster and fish supplier. He’s currently developing a documentary program with The Weather Channel.

A little down the road, Oceans Edge Key West Resort celebrated its one year anniversary in March. Within its first year of operation, it was impacted by Hurricane Irma but re-opened to guests relatively quickly. It’s now the largest resort in Key West with all ocean-view rooms and an on-site restaurant, Yellowfin Bar & Grill, led by Executive Chef David Bagner. His passion for local seafood is evident in an American-Caribbean menu, and the ambiance is comfortable-contemporary with handcrafted furnishings and an open-air dining room. 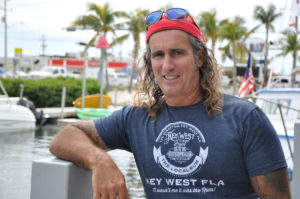 From up-and-coming chefs to an adventurous new rum company, Key West is back in business and stronger than ever. You’ll still find classic attractions such as the Ghosts & Graveyards trolley tour, and people gathering along the waterfront for the nightly Mallory Square Sunset Celebration. But you’ll also find new shops open on Duval Street and more cafes serving Key lime pie. You may not find much physical evidence of Irma, but you will find a renewed sense of pride and strength around every corner.