Texting, 3-D printers and hydroponic foods don’t sound like themes for a museum exhibit, but at the Museum of Design Atlanta (MODA), that word “museum” is a bit misleading. The visual space on the edge of Ansley Park is more about the future of design and less about what’s already been done. 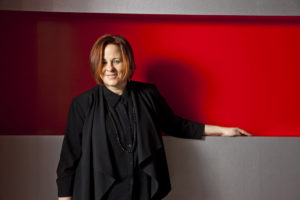 “We think of ourselves as a forward thinking institution that inspires people to create and make change now and going forward,” explains Laura Flusche, MODA’s executive director since 2013. “Our goal is to showcase design that transforms lives and makes the world a better place.”

The roots of that transformation, however, do lie in the past, Flusche contends. “I like to argue that design is archeology backwards. The process is very similar: When you’re excavating, say, a house, your job is to put yourself in the minds of those who built and occupied it to make sense of what you find. You ask, ‘Why were they keeping their olive oil in this part of the house? Why was this wall here?’ You need a questioning mind with contemporary skills and techniques to decipher what’s going on.

“It’s the same with design,” Flusche explains. “You have to put yourself in the mind of the user. I think of design as a process that can be applied to anything. A product or object is the end result, but the process itself can be applied to almost any challenge.”

Flusche’s theory of the relativity of design and archeology comes from extensive experience. After receiving a B.A. in art history from Trinity University in Texas and a Master’s in Italian Renaissance art from the University of Illinois, she “shifted about 1,500 years backward” and earned a Ph.D. in Roman archeology from the University of Illinois. For 15 years, the Texas native taught history and archeology in Rome. After moving from Italy to Atlanta for her partner’s job, a chance visit to a MODA exhibit inspired her to volunteer with the museum, a move that put her on the path to becoming the associate director and, ultimately, its chief.

“I got very interested in design while living in Italy, which is a design-centric culture,” she says. “And both design and archeology are very human-centered sciences; it’s just that one is looking forward, and the other is looking backward.”

Design at MODA doesn’t always mean creating new objects; sometimes, it’s about changing the way we think, as a recent exhibit of posters with social justice messages by Bulgarian artist Luba Lukova worked to do. Other programs have looked at how food is grown, a display that involved hydroponic stations that produced so many veggies that the staff was obliged to take the harvest home each night and eat it. Visitors have found earthworms composting (“we’re not afraid of living things here!”) and 3-D printers cranking out a variety of objects. This month, “Text Me: How We Live in Language” explores how typography and text have become ubiquitous, from billboards to throw pillows. 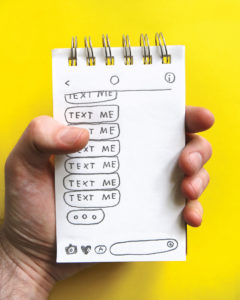 “How we pick our exhibits is a very inexact science,” Flusche says. “We talk to the people who come in the door, and through those conversations we learn what they’re most interested in. That was the reason for our 3-D show. We had one printer in the lobby and found that every person who came in wanted to have a 30-minute conversation about it, so we did an exhibit.”

No matter what the theme, Flusche’s goal is to have visitors understand how design can work to change the world. “Design is not about people sitting in white rooms and coming out with magical things,” she says. “There’s a process and mindset that anyone can try on. Whether it’s people who make iPhones or who figure out where to put our couches or how to get water to people who need it, the goal is to create an object or system that meets a need.”

No matter how engaging an exhibit might be, Flusche admits that word “museum” does throw people off. “There will always be a place for a traditional museum like the Met, the High or the Louvre, but not all museums are those things,” she says. “And there’s no rule that says a museum has to look backwards.”